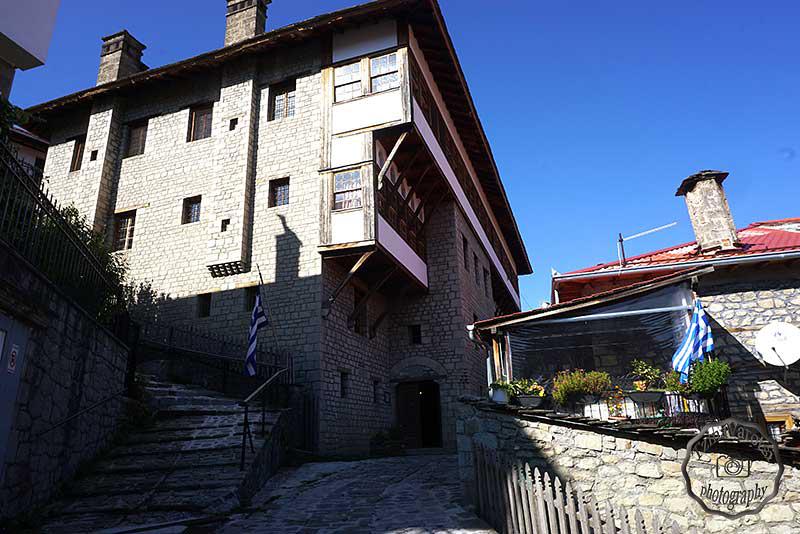 Traditional mansion of the 19th century, furnished with objects of the time, textiles, wood carvings, local costumes, bronze utensils, silverware, jewelry, weapons, swords and a remarkable collection of Byzantine icons. The museum shows the way of life during the Turkish occupation and the exhibits are in their natural space inside the halls of the old mansion. 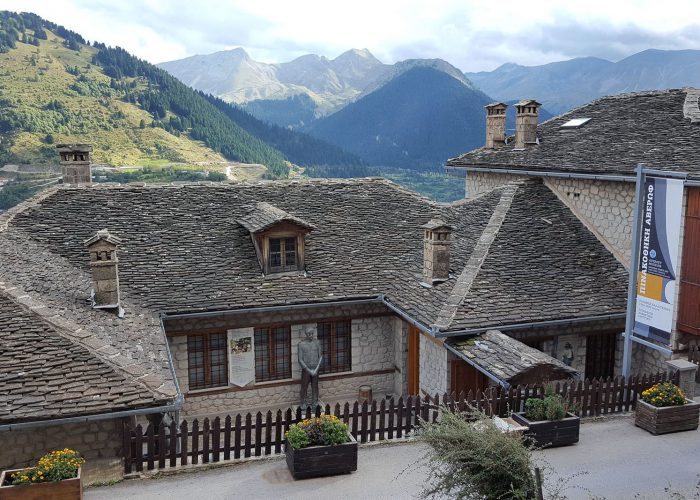 The E. Averoff Gallery is a museum of modern Greek art. The permanent exhibition of the museum presents 250 works of painting, sculpture and engraving of the most important Greek artists of the 19th and 20th century (Gyzi, Lytra, Volanaki, Iakovidi, Malea, Hatzikyriakou-Gika, Morali etc.), through which the course and the main trends of modern Greek art. 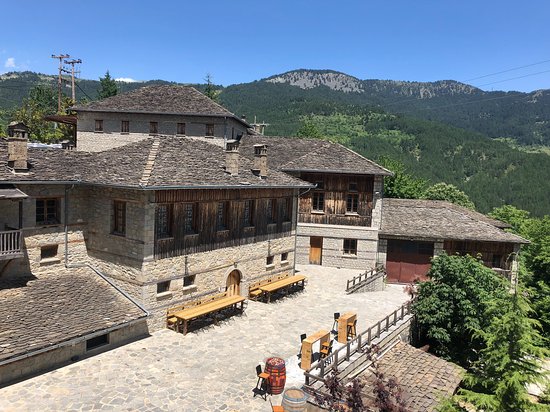 Katogi Averof winery is located in the village of Metsovo at an altitude of 1100 meters. Its cellars house more than 1200 oak barrels, where red wines mature, while in its cellar there are rare collectible bottles with vintage wines from 1974 onwards. The visit of the winery, with the use of various audiovisual media, is an original tour of the wine production and the history of the winery, which concludes with a tasting of the wines of Katogi Averoff. 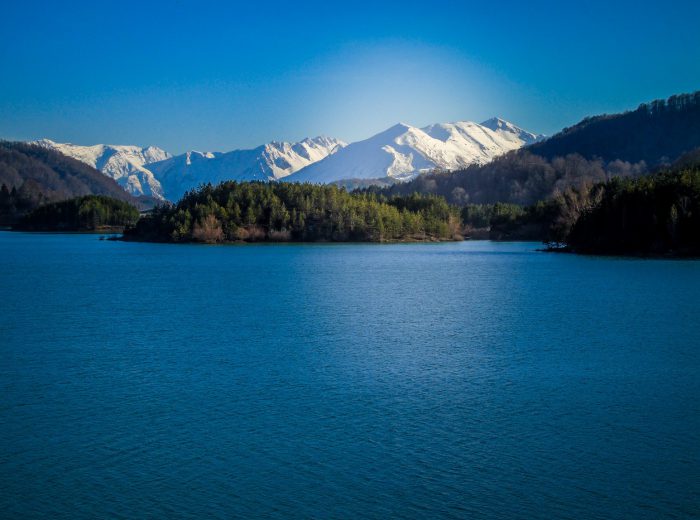 The artificial lake of the springs of Aoos is located in the east of the Prefecture of Ioannina, about 20 km northwest of Metsovo. The lake was built in 1987 on the Politses plateau for energy production. Around it there are 7 small dams with the largest having a height of 78 m. Its area is 11.5 sq.km. and is located at an altitude of 1,350 meters, which ranks it as the most mountainous large lake in Greece. It is located between two National Parks, Valia Calda and Vikos-Aoos.

Katara Pass or Metsovo Pass is a mountain pass in the mountains of Pindos in northern Greece. It is located 5 km northeast of Metsovo. Located on the border of Epirus and Thessaly, it forms the gap between the catchment areas of Aoos to the southwest and Pinios to the east. Its height is about 1,705 m. 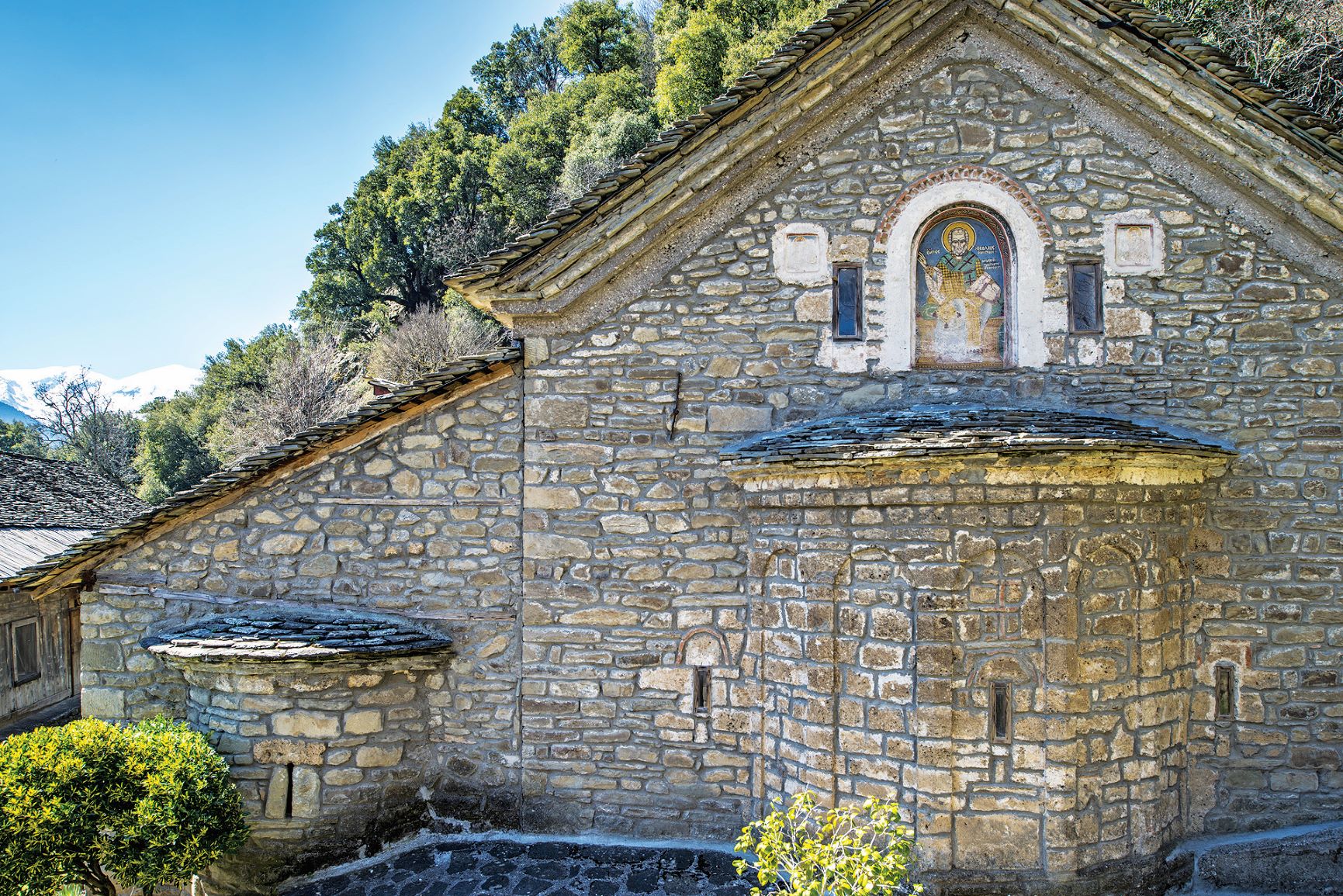 It is not known when the Monastery of Agios Nikolaos, located southwest of the city of Metsovo, on the banks of the Metsovitiko River, was founded. However, its existence is mentioned in a gold bull of 1332. The Monastery was a rich religious center of the area of Metsovo and, as it was located at a key point, on the mountain pass of Zygos, it was a station for traders and travelers passing through Epirus. to Thessaly. 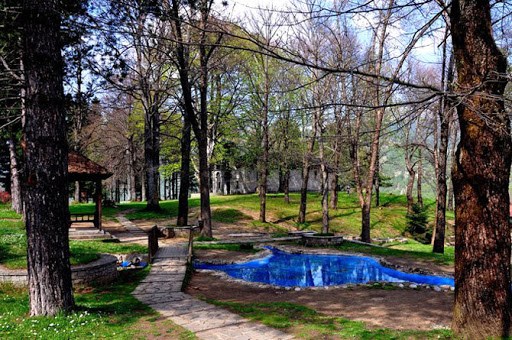 In Metsovo, the main road of Metsovo square leads to the Averofio Garden. This is a beautiful park flooded with trees and plants that make up the entire flora of Pindos. There you will be able to admire an excellent miniature of Pindos made with love and a lot of effort. In the Averofio Garden you will find pines, firs, beeches, robolas, holly and many other species of trees and shrubs that grow in the area. An incomparable natural wealth that you will undoubtedly admire.

Holy Monastery of the Assumption of the Virgin

The Monastery of the Assumption of the Virgin Mary is located a short distance from the settlement of Metsovo, at the intersection of the two tributaries of Arachthos, Metsovitikos and Aniliotikos.

Built in 1754, it includes two-storey cells, guest houses, paved courtyards on levels, magnificent frescoes, iconostasis and icons of the 17th century and its bell tower which is wooden from the middle and above. It is said that his bell was made in Ioannina in 1870.

The marriage of tradition and luxury exudes a harmonious and warm environment.

In Metsovo you can find some of the purest and highest quality products of animal and plant origin. At the top of this list are the two famous cheeses Metsovone and Metsovelas that in recent years have gained international fame as they stand out for their style and unsurpassed quality. The area is also famous for Folk Art (Wood carvings and textiles) and for its wines with the most well-known representative being the award-winning vineyard of Katoi of the Averoff family. So it is easy to understand that in such an environment you will not have any difficulty in finding some very remarkable taverns, restaurants and barbecues with fine delicacies and plenty of wine.

This website uses cookies to improve your experience while you navigate through the website. Out of these cookies, the cookies that are categorized as necessary are stored on your browser as they are essential for the working of basic functionalities of the website. We also use third-party cookies that help us analyze and understand how you use this website. These cookies will be stored in your browser only with your consent. You also have the option to opt-out of these cookies. But opting out of some of these cookies may have an effect on your browsing experience.
Necessary Always Enabled
Necessary cookies are absolutely essential for the website to function properly. This category only includes cookies that ensures basic functionalities and security features of the website. These cookies do not store any personal information.
Non-necessary
Any cookies that may not be particularly necessary for the website to function and is used specifically to collect user personal data via analytics, ads, other embedded contents are termed as non-necessary cookies. It is mandatory to procure user consent prior to running these cookies on your website.
SAVE & ACCEPT